It is an interesting development. 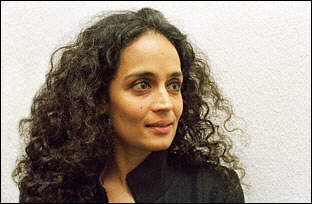 Now slowly a few pertinent questions are raised about means and demands of so called Anna movement. Fortunately media houses which were, by and large, one-sided since Anna went on a fast, have begun giving space for different views also.

Noted writer and social activist Arundhati Roy has raised serious issues about the demands in her article published by The Hindu on Monday. She discusses role of foreign funded NGOs in the event and also how professionally the show is being organized to suit the requirements of TV media.