Janardhana Swamy has proved he is no different from other politicians. He filed a false affidavit to secure a BDA site in a 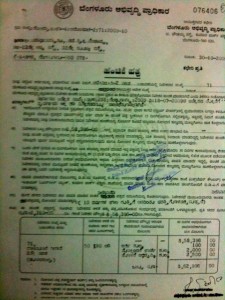 posh locality in Bangalore at a subsidised price (only Rs. 8,62,996 for a 50×80 site). He has openly admitted to his act and he is left with no defence in this case. As per law, filing false affidavit is a crime punishable under Indian law and his case is similar to the circumstances which led to Shimoga MP B.Y Raghavendra to surrender his site and Justice Shivaraj Patil quit his office of the Lokayukta.

People, in particular voters of Chitradurga, expect their representative humble enough to surrender the site he obtained through illegal means. However, Mr. Swamy has not shown signs of remorse. Instead, he has continued to evade the question. He wants to defend his act by stating that the other two sites he already own were insignificant in terms of value. But the copy of the affidavit, which every BDA site applicant has to fill, state that the beneficiary should not own either a residential or agricultural or commercial property in the Bangalore Metropolitan limits. The metropolitan area is beyond the BBMP limits. 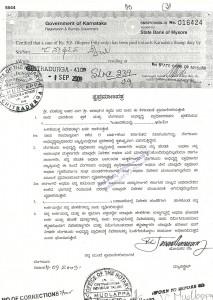 Expectations from Swamy, a techie-turned-politician, are obviously high because the intentions (as he himself proclaimed) of entering politics were far more different from others in the same boat.

Straight from the Silicon Valley in California, Swamy entered into election politics in Karnataka. The BJP boasted itself for selecting him as its candidate from Chitradurga Lok Sabha constituency, reserved for the Scheduled Castes. The people supported him in the elections. The party also stood by him. BJP’s tall leaders including L.K. Advani campaigned for him. The efforts did not prove futile.

Astonishingly, within a few days from his election to Lok Sabha, Swamy began to claim responsibility for all good happened to Chitradurga. Be it proposed railway link between Davangere and Tumkur or IISC campus in Challakere or Upper Bhadra project, he claimed himself as the ‘man behind’. A visit to his website (jswamy.com) shows how badly he is after publicity over developments that began even years before he entered into politics. All this showed that he is, like any power-hungry politician, after publicity.

His misdemeanours have not only upset people of Chitradurga, but his one-time supporters too. Many of his software field friends camped in Chitradurga to campaign for him. A few people who put in their efforts for his victory want him surrender his BDA site.

Mr. Yogesh Devaraj, a prominent personality in the India Against Corruption movement, 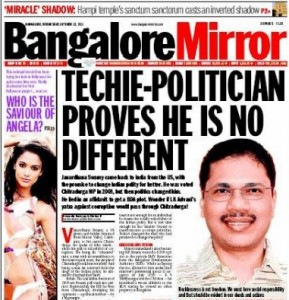 has vent his disappointment over the turn of events in a comment in Churumuri.wordpress.com. Mr. Devaraj has known Swamy for several years in the US. He says Swamy has hurt the prospects of people like him who dreamt of a political career. However, Devaraj has not lost hopes. He wants Swamy rectify his mistake by surrendering the site so that he can get back the credibility he lost. Will he listen to these voices?

2 thoughts on “Janardhana Swamy – no different from other politicians”