The role of media began this year (2011) with exposing corruption of unimaginable magnitude and ended with attracting strong criticism from the present chairman of Press Council of India. Besides, a few powerful media people had embarrassing days for having friendship with Niira Radia, a PR person interested in setting up the cabinet as per the wishes of her clients.

‘Sensationalising’, ‘trivialising’, ‘ignoring’ and sometimes ‘glorifying’ are some of the charges generally levelled against media. Media’s role this year was no different. It sensationalised violence on its late evening crime bulletins, trivialised ‘news’ by giving undue importance to incidents worth ignoring. It also ignored the issues worth an in-depth coverage. On top of all these, the one thing which vast media never failed to perform was ‘glorifying’. No doubt, this is in reference to Anna movement in general and Anna Hazare in particular.

A group of five people claimed to have conducted consultations with crores of people over a draft bill consisting innumerable clauses and sub-clauses. And, the media believed it. Hardly made any attempts to question the process of consultation. Needless to state that Anna movement, despite many follies within, succeeded to evoke conscience of public against corruption. But the impact has not yet reached the grassroots. Nobody can state that earnings of a traffic police inspector or an RTO or a sub registrar in Revenue Department or a minister/MLA have come down following the Anna movement. There are no instances of the educated class, which rallied behind Anna, taking up a fight against corrupt officer on demanding bribe either.

Forget the government establishments, the media which gave the possible widest coverage to anti-corruption movement, has not been able to throw out the corrupt within. Journalists, better known as lobbyists, continue to enjoy good will of the management and get regular hikes and promotions.

A Kannada news channel, whose owner was actively identified with Anna movement, attracted attention of other media people by changing its approach in reporting charges of corruption, misuse of office faced by former Chief Minister B.S Yeddyurappa. Any layman regularly watching the channel could notice ‘the change’ within days of Yeddyurappa’s release from the central prison. The change was well displayed in his two-hour long interview with two anchors and a journalist. Anchors generally known for conducting media trial were on a different mission that day. Except the bloggers and websites, no media house raised a voice demanding an inquiry into reports of ‘top journalists’ receiving huge cash from Bellary brothers, accused of illegal mining. 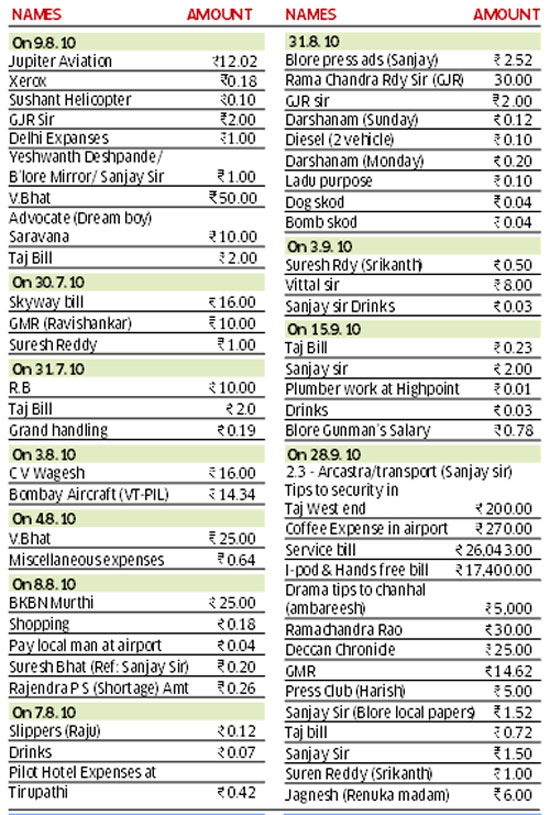 In simple terms, media houses glorified Anna movement against corruption and ignored blatant corruption within. No editor has come forward to declare his assets voluntarily. But they ask their reporters to file a story if the new Lokayukta fails to do it soon after assuming his office. Let the veterans come out with sites, houses they own and declare whether the property they own is in proportionate to their known sources of income.

Nobody would dare to object to the comment that media have continued with their attempts to take society backwards this year too. They gave undue time and space for astrologers and soothsayers. Husbands of women named Lakshmi had a nightmarish experience when a Kannada news channel shamelessly aired a programme professing that whoever married women named Lakshmi had to face hardships throughout their life. The channel people seemed to have not understood the impact the programme had on innocent viewers, particularly girls named Lakshmi.

Going by the present trend one can’t be hopeful of a better year ahead. Of course, the same people continue to hold positions, continue with sermons on objectivity, honesty and many other virtues in their columns. Columns by a couple of senior journalists, committed to democratic principles and diversity are an exception. One can hope a better year in prompt efforts aimed at working out alternatives to mainstream media. Such efforts do not demand huge investment and need to compromise with values. Though their audience is limited it can expand through continuous effort.

Hope good sense prevail upon all media men and media houses in 2012.