Going by the Supreme Court’s verdict, Afzal Guru deserved the capital punishment “in the interest of satisfying the collective conscience of society”. It was true the nation was shaken when Parliament was attacked.

But, why there is so much discomfort around when unanswered questions in the Afzal Guru case are raised? A national news channel anchor-head declared on February 9 that he would not include anybody who would argue Afzal Guru as innocent on his panel throughout the day. The media, by and large, focused only politics around ‘timing’ of his execution, rather than more serious issues related to his trial.

The Supreme Court didn’t state that he was ‘directly’ involved in the attack on parliament. 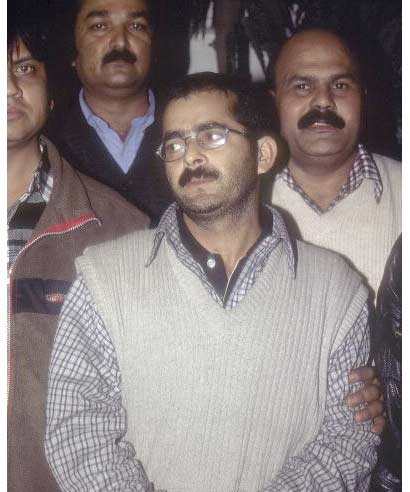 Afzal Guru himself had admitted that he was a part of JKLF movement and surrendered to police in J&K after he was disillusioned with the idea and disappointed with both India and Pakistan equally. However, he was continuously harassed by the Special Task Force in J&K. In fact, one of those allegedly involved in the parliament attack was initially introduced to Guru by one of the officers in STF. Why people at helm of affairs do not want to probe this statement?

Recently in Bangalore a film producer was acquitted of a murder. In fact the collective conscience of the news channels viewers was that he was the accused and he deserved punishment. In the court the prosecution failed to prove him guilty and he was acquitted. Even if a junior most advocate in the office of the advocate, who defended the film producer and realtor, had come forward to defend Afzal Guru and worked with conviction, he had chances of taking the case to a new front.

A copy of the mercy petition is available on-line in the form of a book. It carries the mercy petition along with details of trial court’s proceedings. The petition has raised many poignant questions why he does not deserve capital punishment. Afzal Guru did not want pardon, because, he said, if he seeks pardon it is admitting to the crime, which he had not committed.

The Hindu, national newspaper, stands out in its coverage of the episode. Whoever reads the articles and news reports in the newspaper will end up with doubts over the prosecution and the way the trial was conducted. The way the whole episode unfolded made many doubt that the police framed Afzal Guru in this case only to avoid being criticized for not tracing the real perpetrators.