The new government led by Siddaramaiah in Karnataka seems quite old in the wake of comments and criticisms it evoked within the short time. The Chief Minister was accused of being ‘haste’ in his announcements on promises made in the party manifesto, ‘corrupt’ in his motive to provide liquor at lesser price for poor, ‘anti-Vokkaliga’ in the officers’ transfers and also someone losing confidence of his own party leaders, who are contemplating a coordinating committee. All this happened within a span of first two months, otherwise considered hot honeymoon period of a new government.

H.D.Kumaraswamy, leader of opposition, had earlier announced to resort to find fault with the government after first six months. But he could not resist finding fault with Siddaramaiah’s administration hardly for a month. 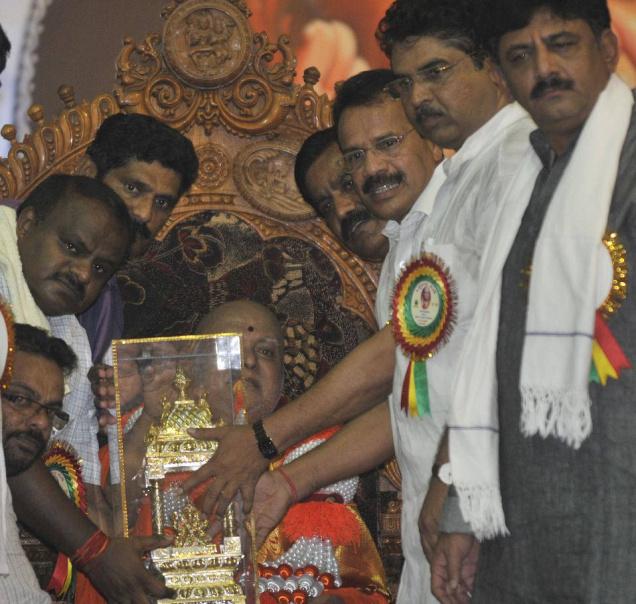 Influenced by the unnecessarily disappointed officers of his community, Kumaraswamy accused the government of sidelining Vokkaliga officers. Later, he even picked up the case of D.K.Shivakumar, his long time bête noire, to support his argument.

Prior to that he had found fault with the government for sending his to-be personal secretary on a special mission of rescuing Kannadigas in flooded Uttarakhand. Probably, this is the most ridiculous issue that an ex-CM, holding post of the leader of opposition, chose to criticize the incumbent CM. That too at the time when all states of the country were responding to the disaster of huge magnitude.

When the opposition parties were suffering with shortage of issues to find fault with the popular rice scheme (Annabhagya), media donned their role. A few newspapers and news channels went overboard asking the question – from where will Siddu bring money to procure rice? A few accused the government of adopting rob the rich to pay poor policy in the name of Annabhagya. Amidst these hyperboles, some relevant questions were raised. The government had to alter its plan and reintroduce unit-based distribution of rice in place providing 30 kgs of rice, irrespective of the family size.

Some cried foul saying that Above Poverty Line families would be denied rice with the new scheme in place. They intentionally avoided the fact that distribution of rice for APL was stopped long back in the BJP rule.

Majority of the comments, criticism made against the government were dictated by bias either towards the party in power or the person in the CM gaddi. There is a strong section among the political class and those in board rooms of media houses which has not been able to digest the fact that Siddaramaiah has become CM. This feeling was evident in the anti-Vokkaliga comments as well as in writings ridiculing a particular community in the garb of humour.

Within days after it was clear that he would be leading the Opposition in the Legislative Assembly, H.D.Kumaraswamy issued statements in media accusing the Congress of conspiring to avoid him occupy the post. With this, it was clear that, he was trying to project himself as someone so strong a leader that the ruling party would fear to face. But, his response to the budget in the session remained a dud even without offering a good lead point to the next news reports, forget cornering the state government.

The major issue, the opposite benches could have raised in the legislature session, is the 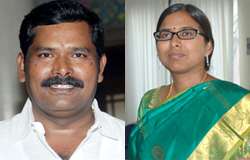 controversy surrounding the transfer of Koppal Deputy Commissioner following her order for action against a building belonging to brother of minister Shivaraj Tangadagi. This could have definitely cornered the minister and forced the CM to act. The opposition benches were more interested in photo gallery in the CM’s chamber than an officer’s transfer at the behest of law ignoring minister.

Forget Tangadagi, the opposite parties remained mute to the cry of poor against increase in fare by transport corporations. No discussion was held in the on-going session on this issue. Ex-transport minister R.Ashok, his colleagues C.T. Ravi, D.N.Jeevaraj did not waste a minute to blame the union ministers from the state for reports of IT raids on buildings belong to Adichunchanagiri Math. 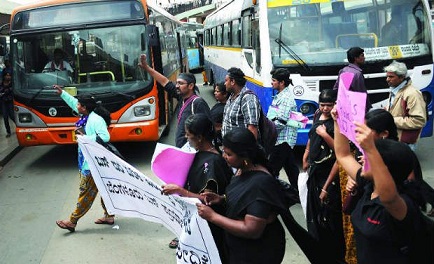 However, they did not have time to respond to the core public issues. (Interestingly, protests condemning IT raids continued across the state, even after one of seers of the math told media, the raid was only on education institutions, not math.)

The most worrying factor is that if the unfair criticism continues further, it remains an entertaining tool to the public and in the long run it might end up government not taking even the ‘fair criticism’ seriously.