When Yeddyurappa survived the open rebellion in his party when his government was 18 months old, the Chennai Consulate of the United States thought of his tenure as of  ‘few accomplishments other than its continued existence’, according to wikileaks. This is the complete memo sent from the Chennai Consulate to their bosses on 2009-11-12 07:57, as per the doucuments published by Wikileaks.org.

1. (SBU) Summary: South India’s first state government led by the Bharatiya Janata Party (BJP) teetered on the verge of collapse for nearly two weeks as Karnataka’s Chief Minister fought off attempts by the Tourism Minister to unseat him. National-level BJP authorities brokered a truce on November 9, but several observers have told us that the peace is tenuous, and expect that it will be difficult for the government to rule effectively. Members of minority religious communities have said that they fear the lack of stability may create an environment that encourages tension among religious communities. End Summary.

Girlfriend brings the government to the brink 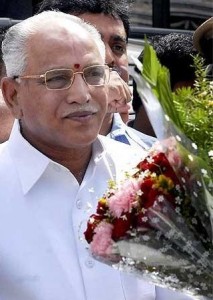 ———————————————
2. (SBU) B.S. Yeddyurappa, the first BJP Chief Minister in South India, appears poised to continue to head Karnataka’s government, despite Janaradhana Reddy’s (the state’s Tourism Minister) bitter attempt to unseat him. National BJP officials enforced a truce on November 9, ending the insurrection, at least for now. Publicly, Reddy maintained that the main reason for his demand that Yeddyurappa resign as Chief Minister was the favoritism shown to Shobha Karandlaje, the Minister for Rural Development and the only woman in the cabinet, who doubles as Yeddyurappa’s girlfriend. (Yeddyurappa is a widower.)

Mining’s millions the real culprit
———————————-
3. (SBU) Others have told us, however that the real reason for the insurrection was Reddy’s desire to protect his core business, iron-ore mining. Reddy and his brother, Karunakara Reddy, Karnataka’s Infrastructure Minister, have grown rich from allegedly illegal mining operations in Karnataka and Andhra Pradesh. They used their fortunes to fund the rise of the BJP in the state, and have long been irritated because they feel that they were given largely peripheral posts in the government when the BJP assumed power in May 2008.

4. (SBU) The editor of a local-language newspaper told us Yeddyurappa’s office, increasingly embarrassed by the attention attracted by the Reddys’ shady mining interests, had decided clip their political wings, a plot the brothers sniffed out and wanted to avenge by seeking the Chief Minister’s ouster. The editor said that the immediate cause of the Reddys’ rebellion was the state’s decision to impose a fee of INR 1000 (about USD 21) tax on all trucks transporting iron ore in the state, levied to raise funds to assist the victims of October’s flooding in northern Karnataka. In addition, the state’s Department of Forestry began investigations into the Reddys’ mining activities, looking for possible legal violations. 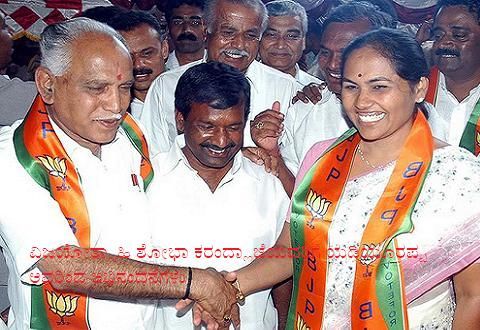 National leadership instills peace, for now
——————————————-
5. (U) While the BJP’s national leadership ensured Yeddyurappa retained his post, the Reddys got their pound of flesh, succeeding in securing the removal of both the Chief Minister’s girlfriend/Minister for Rural Development and his aide reportedly responsible for targeting the Reddys’ interests. The BJP leadership also created a “core committee” of faction leaders in the state party to vet major political decisions in the state.

Observers skeptical about the future
————————————
6. (SBU) Our contacts are unsure whether this arrangement will last, or even allow for the government to function properly. A Bangalore-based political correspondent for one of India’s major English-language dailies told us that the core committee would sit uneasily with Yeddyurappa’s leadership style, which involves “a minimum of consultation.” He also added that the committee consisted of people with “diametrically opposite views,” making it difficult for them to formulate a coherent administrative strategy. A high-level state bureaucrat agreed, saying that he feared the state’s administration would be pulled in many different directions. He also said he believed that the Reddys were the winner in the brouhaha, and that the mining lobby in the state will now ensure that the state’s administration serves that lobby’s interests.

Minority leaders fear attacks by Hindu extremists
——————————————— —-
8. (SBU) Meanwhile, leaders of minority religious communities, already nervous about religiously-tinged, episodic violence in the state, worry that the current scenario might create an environment that encourages tension among religious communities. A Muslim member of the state’s legislative assembly told us that the economic slowdown has ensured that there are a number of angry young men in all religious communities who could be easily incited to violence. A prominent Christian leader told us the same, noting that he fears attacks on churches similar to those in September 2008 at Mangalore. He opined that those attacks occurred when the BJP government was attempting to attract political support and reckoned that the current situation may also encourage extremists. Thus far, however, there is no evidence of an upswing in religious violence in Karnataka.

Comment
——-
9. (SBU) Yeddyurappa’s government can point to few accomplishments in its 18 months in office other than its continued existence, and the spectacle the state has witnessed over the past several weeks does little to inspire confidence that his government will accomplish anything major in the near future. This is unfortunate in a state in desperate need of a firm hand at the wheel to direct the many infrastructure projects in the works.