Shameless! What else they can be?

Life with criminals around is far better than with shameless people in the vicinity. The absence of shame or remorse on faces of the accused, charges against whom are proven beyond doubt thanks to media and RTI, is conspicuous everywhere. A fair trial in courts is required to nail them all.

Alleged prostitutes cover their faces when TV cameras focus them. They are ashamed of their profession though economic inequalities in society forced them take up the job. But politicians hardly admit to their misdeeds, forget covering their faces in public.

Gujarat Chief Minister Narendra Modi has never been apologetic in the last 10 years after the communal riots which killed many and rendered thousands homeless. The fact that he advanced the assembly elections only to cash in on the communal disharmony prevailing then in the state was enough to prove that he was shameless. Today he has a coterie of thinkers who find fault with human rights activists fighting for justice to the victims of the pogrom orchestrated by the Modi-led dispensation. 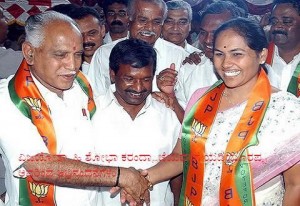 Coming to Karnataka, former Chief Minister B.S Yeddyurappa was not in poverty either to loot property or demand donations in the guise of investment for his enterprise. Katta Subramanya Naidu and his son had no shortage of land for a dwelling place to eye on poor farmers’ land either. Yet, they wanted more property, more money. Any legal procedure against Yeddyurappa is looked down upon as an assault on a particular community. The shameless accused had the temerity to term the high command’s decision to shunt him out of the position as a conspiracy to avoid him enjoying the post because he hailed from a particular community.

All are shameless. They are so because some chelas, benefitted religious institutions, businessmen profited by them stand by them. Their support and incessant shower of praises prompt them believe that they had done nothing wrong and need not sulk.

All these accused find defence in their opponents’ misdeeds. Every sin and a sinner have a defence. Whenever the justice for post-Godhra violence victims was discussed, the BJP people question whether the victims of anti-Sikh riots were delivered justice? 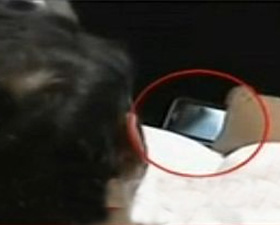 Even when the three ministers are criticised for their act in the House, members in the treasury benches bring in the issue of a governor’s misconduct at Raj Bhavan in a neighbour state. Then who will answer the public? For the sake of debate, let us agree, no political party has moral right to blame others, then for the god sake, do these politicians agree that at least the public have the right to demand a decent behaviour from their so called representatives.